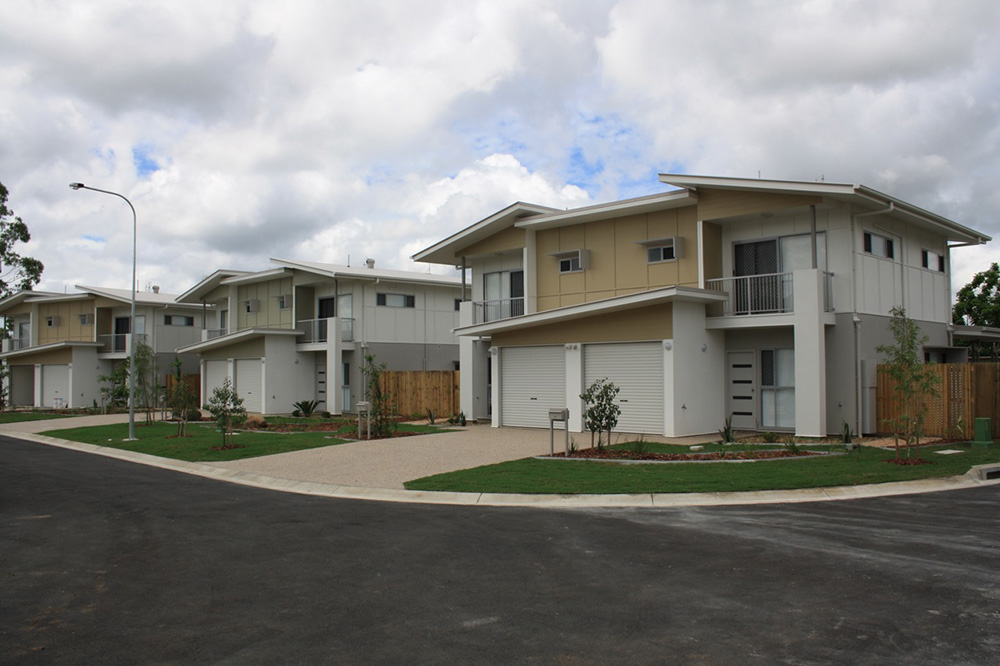 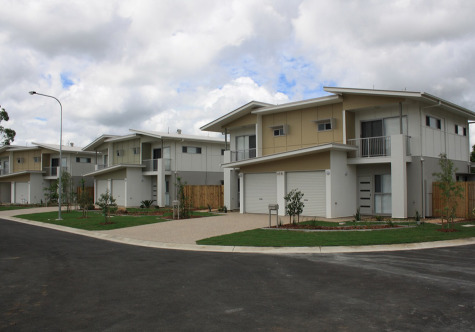 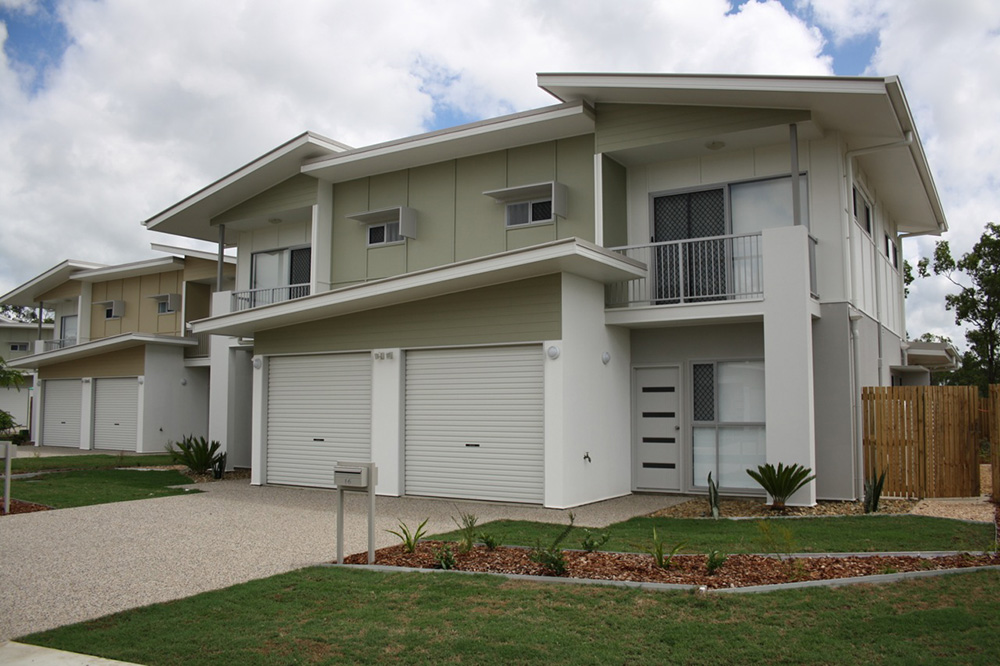 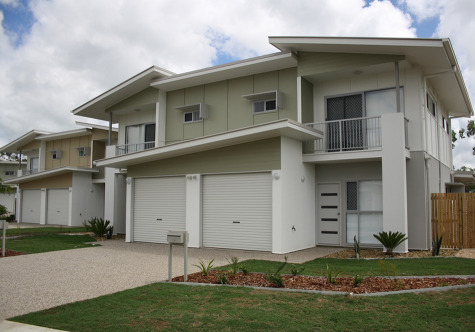 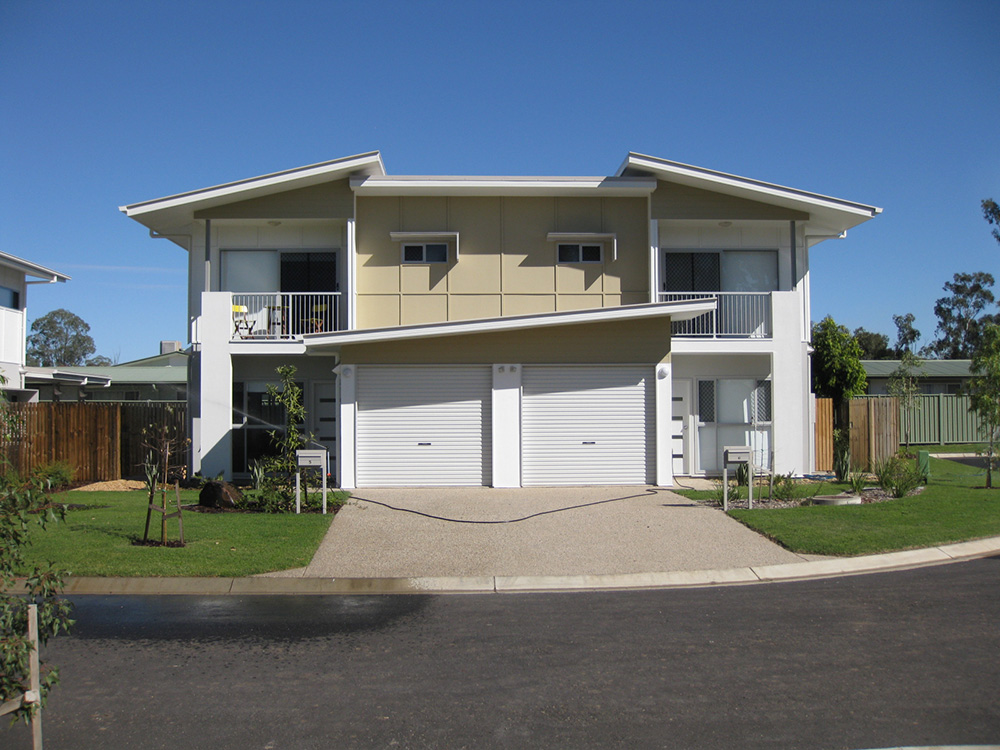 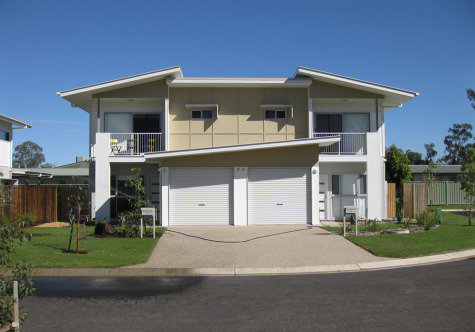 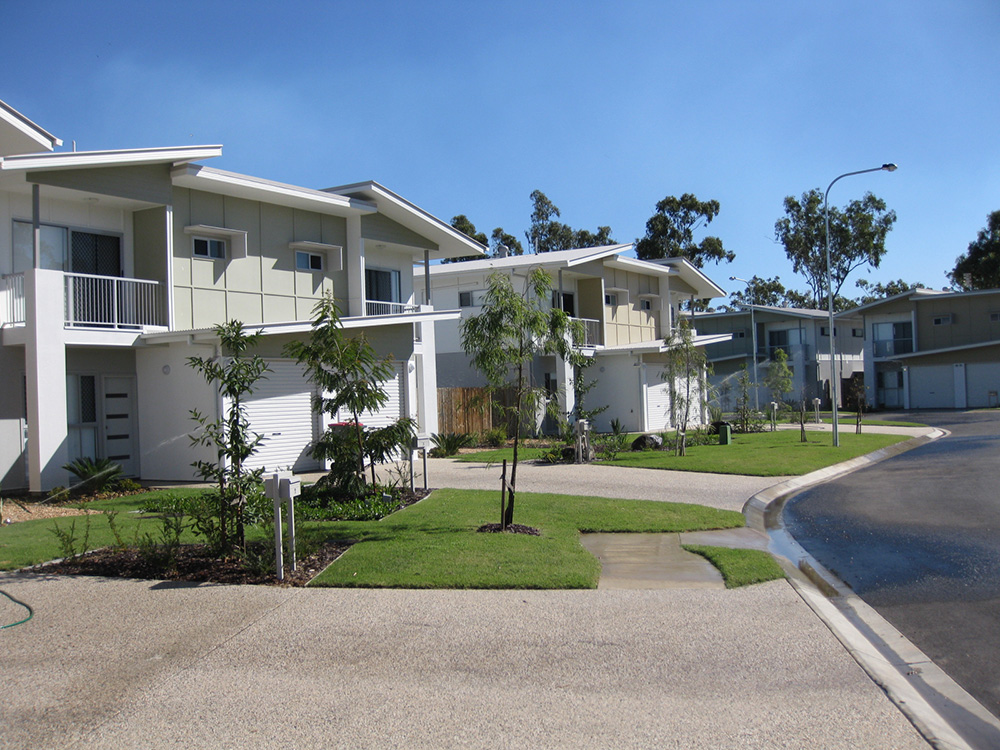 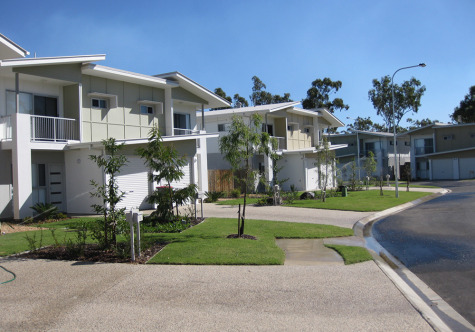 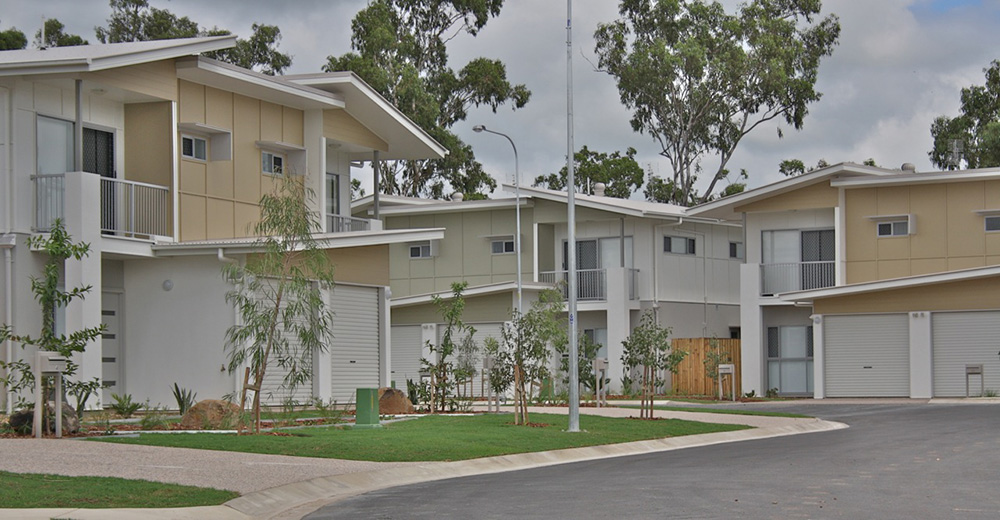 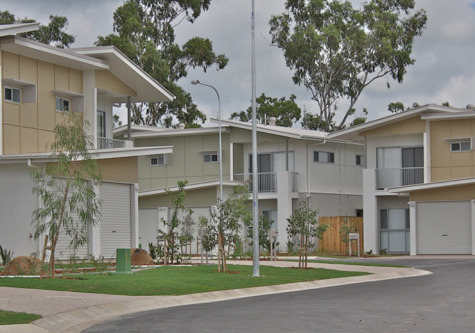 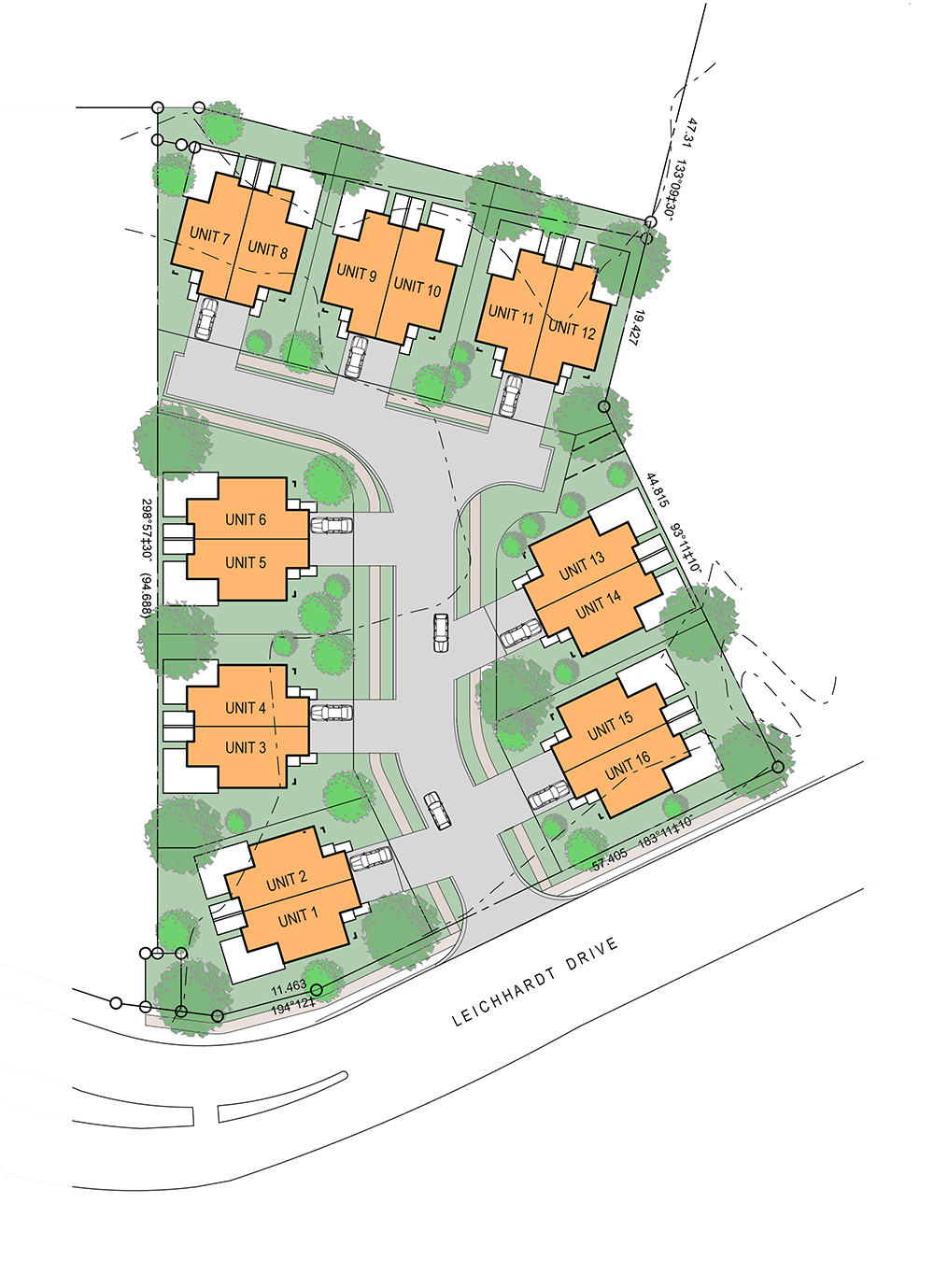 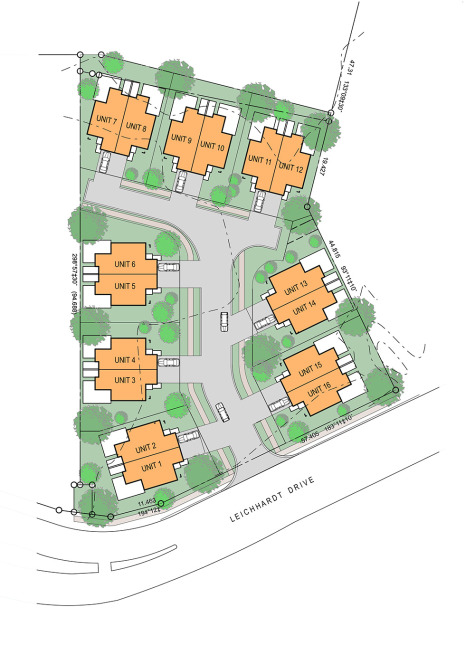 The completion of eight, two storey duplexes on Leichhardt Drive in Middle Mount, Queensland stand as a testament to the increased growth in the economies of small communities in central Queensland and in this instance appear to be in it for the long haul. The sixteen, three bed dwellings have been designed to reflect the traditional materials and construction methods of the surrounding area. With an internal driveway each duplexes has been subdivided on its own lot.

Within this project LVO has created a housing type which, although repeated across the site, creates an appearance of variation throughout the development and a sense of identity with each dwelling while promoting a community atmosphere. The Duplexes have been designed to suit the harsh climatic conditions of central Queensland, with their soft colour palettes, large overhangs, and open plan living allowing cross ventilation.